Laurence Juber | Past Masters®: The Art Of McCartney 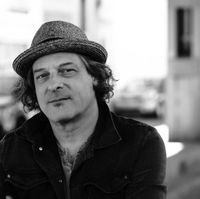 Ben Arnold and the 24 Hour Horns

Join The Victor Co. Players cast as we celebrate John Lennon's Birthday (October 9th) with a live music and media production spanning the entirety of Lennon's career, performed live by the heralded musical troupe. Our special guest joining us for the evening for some conversation about his time as John Lennon's producer and collaborator will be the legendary Jack Douglas, whose reputation proceeds him as one of John Lennon's most important musical mavens.